HOW MARTIN INC. IS PRIORITIZING CUSTOMER AND ASSOCIATE SAFETY WITH COVID-19 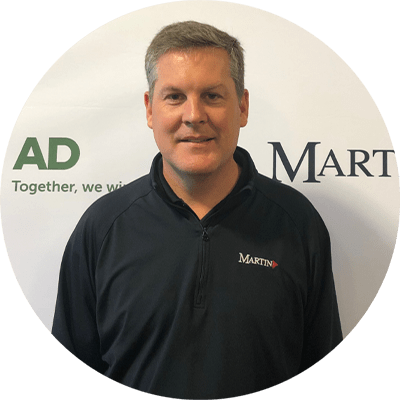 Growing up an Army brat, Rob considers the world his hometown. But his extended family is from South Carolina. He has been in the safety industry for over 15 years and is OSHA Qualified and a Competent Person in Fall Protection. His specialties include Safety and PPE.

What Rob likes most about his job is working with Customers and offering solutions. “I help Companies solve safety issues,” says Rob. “I look for ways to eliminate any recordables, improve their processes by recommending better more suitable products and find ways to reduce costs.”

Rob is married with a 3-year-old. In his spare time, he enjoys playing golf and cheering for the University of South Carolina Gamecocks! 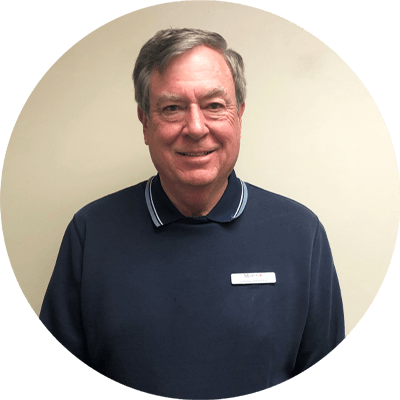 Johnny is originally from Atlanta, GA but calls Greenville, SC his home.

Johnny has a degree from Vanderbilt University and 41 years of industrial sales experience. He spent the first 33 years of his career at Ziegler Tools.  When Martin acquired Ziegler in 2012, Johnny brought a wealth of experience, knowledge and resources to Martin. He has a strong background in cutting tools, abrasives, and coolants and has attended many classes to increase his knowledge. In 2018, he earned the 3M/Martin New 3M Business Award and has other awards from Ziegler Tools.

Johnny enjoys the variety of challenges when working with his customers and finds satisfaction in providing them with custom tailored solutions and cost savings.

In his spare time, he enjoys walking for exercise, the beach, cruises and rooting for the Vanderbilt Commodores, the Clemson Tigers, and the Carolina Panthers.  His joy in life is spending time with his family. Johnny and his wife have been married for 38 years and they have two daughters, a son, three grandchildren with one on the way and two beagles. Johnny says, “I have a lot to be thankful for.” 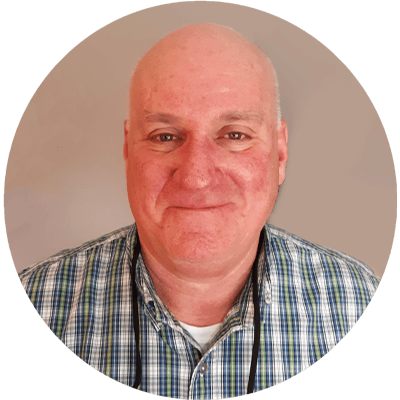 Rick was born in Knoxville, Tennessee, but currently lives in Kingsport. He graduated from East Tennessee State University and has over 39 years’ experience in Industrial sales. His specialties include metalworking, PPE, hand and power tools, plumbing, electrical and MRO. Rick is a people person and enjoys learning new things and interacting with Customers every day. When his Customer’s face an issue or challenge, he thrives on finding solutions that result in cost savings.

Rick maintains a very active life outside of work. He is a youth leader and Sunday school director at his Church. He enjoys bass and trout fishing and watching and coaching various types of sports. Plus, he and his wife have four daughters and five grandkids that keep them very busy.

His life verse is, “Whatever you do, do it enthusiastically, as something done for the Lord and not for men, knowing that you will receive the reward of an inheritance from the Lord. You serve the Lord Christ." Col. 3:23-24 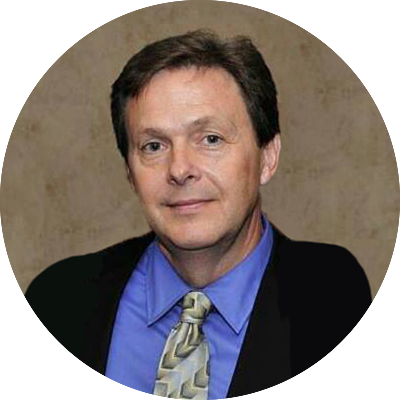 Danny is from Greenville, South Carolina and has been in Industrial Sales for more than 27 years. Danny has as great sense of humor and likes to tell people he started when he was 12! As a Regional Sales Manager he splits his time between Martin’s Greenville, SC and Atlanta locations. His specialties include cutting tools and fluids. Throughout his career some of his accolades have included induction into the Presidents Club, Employee of the Year and the Cost Savings Award.

Danny is a wiz at helping Customer’s operate better through process improvements and finding solutions for indirect spend.

In his spare time, he restores older Cars and spends time with family.

We'd love to help you achieve your goals. Let us know your interest, and we will send a expert out to give you an assessment.

Thanks! We will contact you shortly to gather additional information for your request. 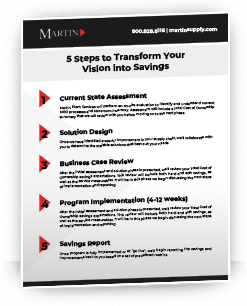 Download the "5 Steps to Transform Your Vision into Savings"

Provide us with a little bit of information and we will contact you for your consultation. 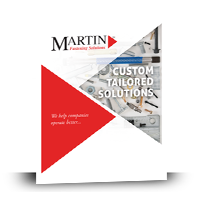 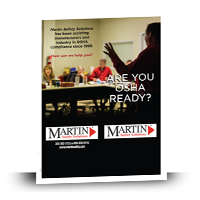