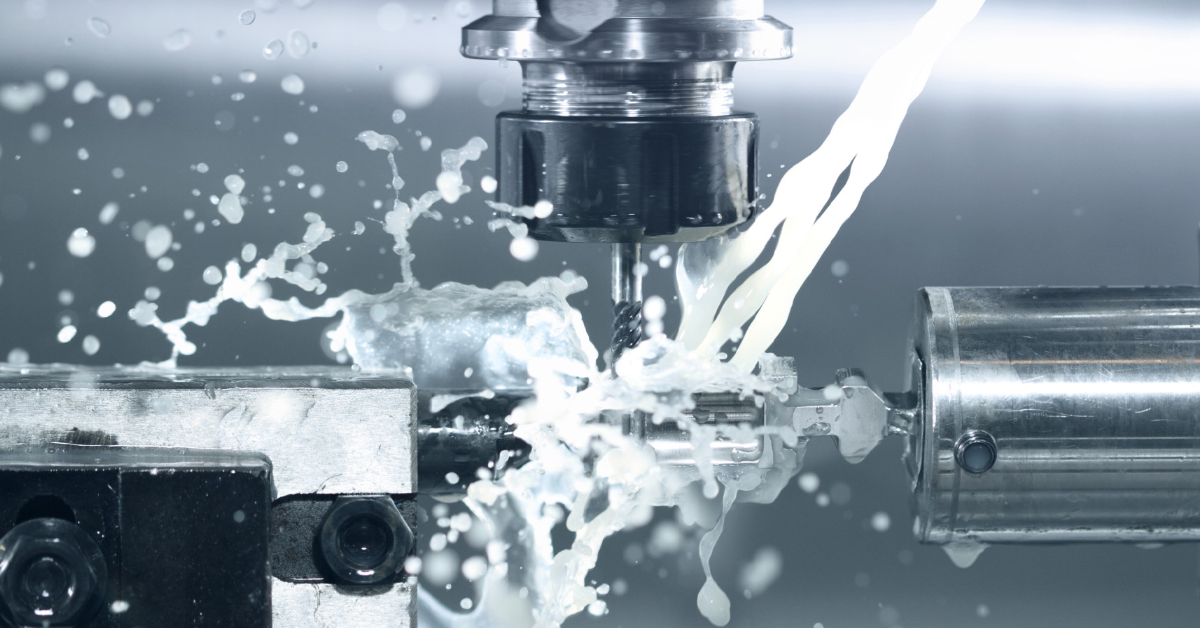 CNC machining is the backbone of many manufacturers’ processes. Unfortunately, they are also a major cost center and can be a bottleneck when it comes to getting the product quickly through the plant. Far too often we find that a company has invested in quality inserts and tooling, but is not running them at the proper feeds and speeds.

Feeds and speeds refer to two separate velocities for machine tools: feed rate and cutting speed. They are often considered as a pair because of their combined effect on the cutting process.

Cutting speed is the speed that the material moves past the cutting edge of the tool. Cut speed can be defined as revolutions per minute (RPM) or as surface feet per minute (SFM).

Revolutions Per Minute (RPM) relates directly to the speed, or velocity, of the spindle. It represents the number of turns completed in one minute around a fixed axis. RPM maintains the same revolutions per minute throughout the entire operation.

RPM mode is useful for:

Surface Feet Per Minute (SFM) is a combination of the cut diameter and RPM. The faster the spindle turns, and/or the larger the part diameter, the higher the SFM.

For example, if two round pieces of different sizes are turning at the same revolutions per minute, the larger piece will have a greater surface speed because it has a larger circumference and has more surface area. As the tool gets further into a workpiece, the same spindle speed will produce a decreasing surface speed. This is because each revolution represents a smaller circumferential distance, but takes the same amount of time.

Most CNC lathes have Constant Surface Speed (CSS) to counteract the natural decrease in surface speed. This speeds up the spindle as the tool moves closer to the turning axis. By utilizing CSS the lathe is adjusting the revolutions per minute to maintain a constant surface speed at every distance from the center.

CSS is useful for:

Materials will run better at specific SFMs. SFM is a constant, with RPM as a variable based upon cut diameter.  When the SFM constant is known for a specific material, the formulas below can be used to determine spindle speed:

When RPM is known, SFM can be found as follows:

Feed rate is the velocity at which the cutter is advanced along the work-piece. Feed rate is expressed as units of distance (inch) per minute or per single revolution.

Feed rate can be defined as an inch per minute (IPM) or inch per revolution (IPR). IPR is more commonly used.

Values for IPR and IPM are easily converted with the following formulas:

So, for a spindle speed of 306 RPM and a feed rate of .01 IPR, the IPM can be calculated as follows:

Selection of Tools, Feeds, and Speeds

Cutting tool selection has a direct impact on the proper programming of feeds and speeds at the machine.

That said, there are many other variables that affect feeds and speeds, such as:

Cutting tool manufacturers publish the general feeds and speeds and recommended usage for the application. That is often a good place to start for recommendations on tool selection and feeds/speeds, but best practice is to work directly with a cutting tool expert at your machine.

At Martin, we pride ourselves on understanding feeds and speeds and optimizing them for our customers. Give us a call today and learn more about how we can help you maximize the profitability of your machine shop.

This website uses cookies to improve your experience while you navigate through the website. Out of these, the cookies that are categorized as necessary are stored on your browser as they are essential for the working of basic functionalities of the website. We also use third-party cookies that help us analyze and understand how you use this website. These cookies will be stored in your browser only with your consent. You also have the option to opt-out of these cookies. But opting out of some of these cookies may affect your browsing experience.
Necessary Always Enabled
Necessary cookies are absolutely essential for the website to function properly. This category only includes cookies that ensures basic functionalities and security features of the website. These cookies do not store any personal information.
Non-necessary
Any cookies that may not be particularly necessary for the website to function and is used specifically to collect user personal data via analytics, ads, other embedded contents are termed as non-necessary cookies. It is mandatory to procure user consent prior to running these cookies on your website.
SAVE & ACCEPT
Our Spring Sale Has Started

You can see how this popup was set up in our step-by-step guide: https://wppopupmaker.com/guides/auto-opening-announcement-popups/